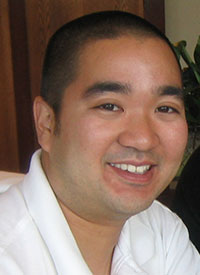 Ken Tonaki, in his eleventh year of teaching, is a tenured teacher of orchestra at the elementary, junior high, and high school levels in Sycamore. Under his direction, the orchestra program has participated in Ilinois Music Educators Association (IMEA) and Illinois High School Association (IHSA) events. In 2004 and 2006, the Sycamore High School orchestra performed at the IMEA All-State Convention. The orchestra has also participated in the University of Illinois Orchestra and Chamber Consortiums and the Northern Illinois String Day. In 2003, the orchestra traveled to New York City.

Mr. Tonaki taught violin at the Illinois Summer Youth Music Camp at the University of Illinois for eight years, serving as conductor for the Junior Orchestra in 2002. In 2003 and 2006, he conducted the Junior/Senior High Orchestra at the University of Wyoming Summer Music Camp. In the summer of 2006, he was a staff member of the Illinois Ambassador of Music Orchestra which traveled to six countries. Over the years, he has judged numerous solo/chamber contests as well as organizational contests. He has worked as a clinician for orchestra and conducting and has been a guest speaker on string pedagogy for several events.

Mr. Tonaki was head coach of the Sycamore High School Girls’ Tennis Team from 1997-2002. His teams won five consecutive conference championships, as well as the 2002 Sectional Tournament. As a former member of the NIU Huskie Marching Band and the Cavaliers Drum & Bugle Corps, he has instructed several competitive high school bands in the northern Illinois area. He is also the drill writer for the Sycamore High School marching band. He is a member is the National Association for Music Education (MENC), the American String Teachers Association (ASTA) and National National School Orchestra Association (NSOA) and Phi Mu Alpha Sinfonia.

Mr. Tonaki holds a bachelor’s degree in music education from Northern Illinois University and he is currently working on his master’s degree in music at NIU. In addition to his teaching duties, he plays the violin for the Kishwaukee Symphony Orchestra and other community functions.